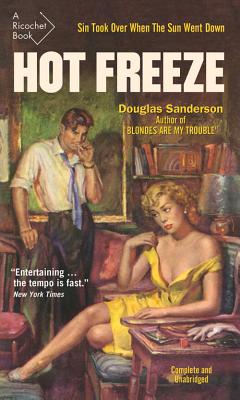 A raw novel of sex and drugs in the years just before rock’n’roll, Hot Freeze was first published in 1954. It takes readers from the highest Westmount mansion to the lowest Montreal gambling joint and nightclub. Its hero is Mike Garfin, a man who got kicked out of the Royal Canadian Mounted Police for sleeping with the wife of a suspect. Recreating himself as an “inquiry agent,” Mike takes on what looks to be an easy job: shadowing a bisexual teenager of privilege who is throwing around more money than his allowance allows. But the boy disappears and soon other disappearances follow, and Garfin’s world becomes a lonelier place.
Reviews from Goodreads.com