A Thousand Miles Away — Dorothy Cork 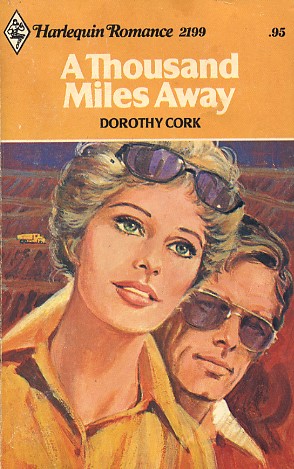 Farrell just wanted to live her own life

Yet that seemed to be the one thing she couldn't do. She had gone home to her father in northwest Australia to sort out her life. But her stepmother soon made her aware that she wasn't wanted there.

So Farrell took herself off. Unfortunately, the masterful Larry Sandfort kept following her and bringing her back. What did he want?

Farrell had already told him she wouldn't marry him. And besides, he had the lovely and willing Helen waiting for him!
Reviews from Goodreads.com