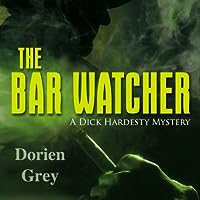 When the manager of an elite local bath is stabbed to death, attorney Glen O’Banyon hires Dick Hardesty to check into it. The motive for the murder isn’t hard to figure—Comstock was a jerk of the first order. In fact, the list of people who might have wanted him dead might be larger than the club’s membership roster. Then, two obnoxious bar hoppers die in an apparent accident that turns out to be another murder, and when a third unpleasant individual meets an untimely demise, Dick begins to see a sinister pattern. All of the victims, prior to their deaths, had behaved badly in one of the local bars. Is someone on a mission to rid the world of people behaving badly?