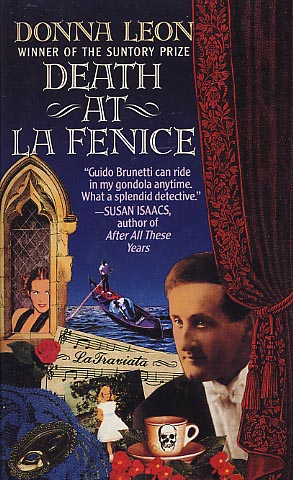 Beautiful and serene Venice is a city almost devoid of crime. But that is little comfort to Maestro Helmut Wellauer, a world-renowned conductor whose intermission refreshment comes one night with a little something extra in it-cyanide. For Guido Brunetti, vice-commissario of police and detective genius, finding a suspect isn't a problem; narrowing the large and unconventional group of enemies down to one is. As the suave and pithy Brunetti pieces together clues, a shocking picture of depravity and revenge emerges, leaving him torn between what is and what should be right -- and questioning what the law can do, and what needs to be done.
Reviews from Goodreads.com

I have been receiving recommendations to read this series for a long time, so I thought I'd read the first book and see how I liked it. To be honest, I didn't care for it much for almost the first half of the book because the plot seemed slow and cumbersome, but then something happened about halfway through, and I found that I really enjoyed Guido Brunetti. Brunetti is a vice-commisario of police in the city of Venice, so you couldn't ask for a more beautiful setting for a crime series. Guido has the most wonderful wife called Paola and two teenaged children Giovanni and Chiara. The glimpses into Guido's family life lifted this book up in my estimation. Guido himself is what I would call a cerebral police investigator. He is an astute observer and is not afraid to follow leads wherever they will take him. He works on his own, and wants no outside interference on his investigations, but he must put up with Patta, his incompetent boss and it is quite amusing to watch how Brunetti plays him,. In this book a famous orchestra conductor is found dead in his dressing room during a performance of La Traviata in the La Fenice opera house in Venice. As Brunetti investigates, he finds long-buried secrets and some very damning information from the conductor's past life. Brunetti keeps following the past until he uncovers the motive behind this crime. This looks to me to be a very promising series, and I would like to read more. 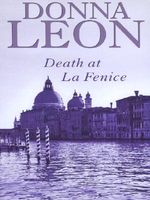