Everything Is You — Donna Hill 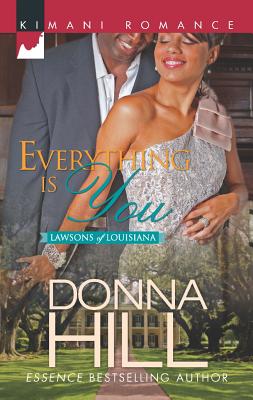 "He's her everything -- she just doesn't know it yet "

Jacqueline Lawson is a maverick focusing on her career abroad- a world away from the conservative Lawson dynasty. But when the award-winning photojournalist returns home to Baton Rouge after a high-stakes assignment, she's hiding a secret-one she's determined to keep.

Travis Jennings has sworn to uncover all of Jacqueline's secrets, and her on-again, off-again lover is the only man who has ever gotten under her skin. TJ didn't follow Jacqueline back to the United States just to let her get away again. The freelance photographer has been by her side in the most dangerous places, and now he wants them to be a permanent team. The passion's as hot as ever between them. But love means putting yourself in the line of fire. Is Jacqueline ready to risk her heart?
Reviews from Goodreads.com