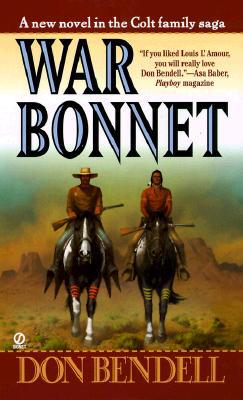 LAWMAN NO MORE
When a Minniconjou warrior starts slaughtering members of his own tribe, Deputy U.S. Marshal Chris Colt feels obligated to bring the man to justice. But a showdown with the killer results in the death of an innocent--leaving Chris to abandon his badge once and for all.

...BUT ALWAYS A COLT
As Chris contemplates his future, he finds that being a member of a famous family has its drawbacks. Gunfighters challenge him, ambitious lawmen question him, and his siblings become victims of the ruthless frontier. His brother is almost killed when a thief steals his horse. Then, when his sister rides off in pursuit of the culprit, she is kidnapped by a gang of outlaws and held for ransom. Now, the former chief of scouts must rely on his extraordinary tracking skills to teach the bandits the law that Chris has lived by--and the one they will die by: