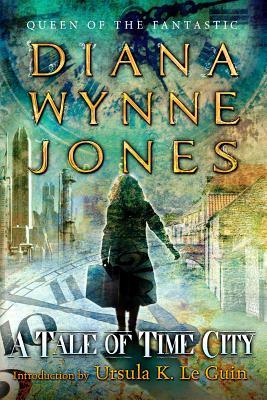 A  thrilling story by the legendary Diana Wynne Jones—with an introduction by Ursula K. Le Guin.

London, 1939. Vivian Smith thinks she is being evacuated to the countryside, because of the war. But she is being kidnapped - out of her own time. Her kidnappers are Jonathan and Sam, two boys her own age, from a place called Time City, designed especially to oversee history. But now history is going critical, and Jonathan and Sam are convinced that Time City's impending doom can only be averted by a twentieth-century girl named Vivian Smith. Too bad they have the wrong girl. . . .
Reviews from Goodreads.com