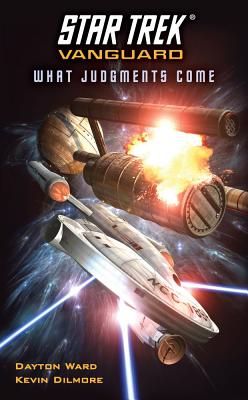 Operation Vanguard has risked countless lives and sacrificed entire worlds to unlock the secrets of the Shedai, an extinct alien civilization whose technology can shape the future of the galaxy. Now, Starfleet's efforts have roused the vengeful Shedai from their aeons of slumber. As the Taurus Reach erupts with violence, hundreds of light-years away, on "The Planet of Galactic Peace," Ambassador Jetanien and his counterparts from the Klingon and Romulan empires struggle to avert war by any means necessary. But Jetanien discovers their mission may have been designed to fail all along . . . Meanwhile, living in exile on an Orion ship is the one man who can help Starfleet find an ancient weapon that can stop the Shedai: Vanguard's former commanding officer, Diego Reyes.
Reviews from Goodreads.com