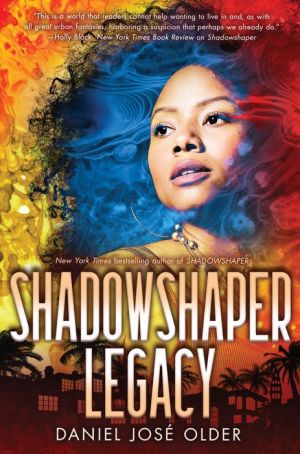 The epic conclusion to the acclaimed Shadowshaper Cypher series!
A house divided

The fate of the worlds

Sierra is determined to protect her own in the coming conflict, even if that means keeping secrets from them. But a deal with Death by one of Sierra's ancestors has far-reaching consequences in the battles of the present, and as old fates tangle with new powers, Sierra will have to harness the Deck of Worlds and confront her family's past if she has any hope of saving the future and everyone she loves. Only doing so will mean following the magic to places the shadowshapers have never gone before . . . and may never return from.

New York Times bestselling author Daniel José Older spins a masterful conclusion to his evocative and captivating Shadowshaper Cypher series in a finale of searing rebellion, the power of fate, and a magic unlike anything you've ever imagined.
Reviews from Goodreads.com