The Sioux Clan and the New Heroes — Dakota R. Peterson 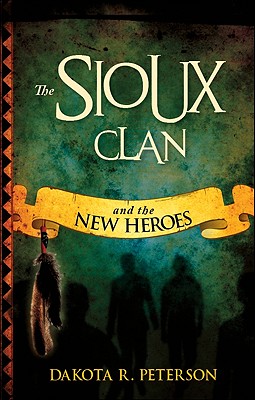 As Ryan grows up, he learns about the life of a warrior. He learns even more as he embarks on a dangerous quest for knowledge about who he is and what he islearning about the Sioux clan and the world of warriors. Ryan is like any other teenage boy. He's energetic and loves to help others. He loves to be with his friends and his family. Ryan dreams only of protecting his baby brother, Ulrich. Little does he know that this task of protection is both more difficult than he ever imagined and also his calling. He has no ordinary familythey're from an ancient line of warrior heroes, and even his father was once a great warrior. The modern Sioux are known as the greatest fighters in all the world and are also the secretive protectors around Heraho. Join author Dakota R. Peterson on a journey through the world of magical warriors in The Sioux Clan and the New Heroes.
Reviews from Goodreads.com