A Place to Belong — Cynthia Kadohata 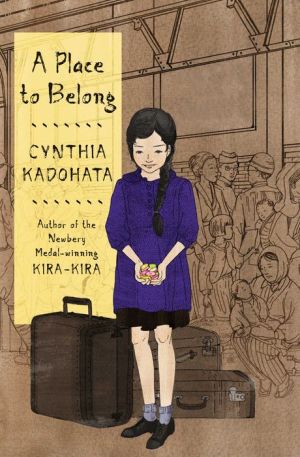 A Japanese-American family, reeling from their ill treatment in the Japanese internment camps, gives up their American citizenship to move back to Hiroshima, unaware of the devastation wreaked by the atomic bomb in this piercing look at the aftermath of World War II by Newbery Medalist Cynthia Kadohata.

World War II is finally over and twelve-year-old Hanako and her family are at last freed from the Japanese-American internment camp where they were forced to spend the last four years. Though they had nothing to do with the bombing of Pearl Harbor, or the war at all, they'd still been forced to live behind a barbed wire fence like prisoners, simply because they were Japanese. Feeling betrayed and unwanted, Hanako's parents decide to give up their American citizenship and sail across the Pacific to Japan, Hiroshima specifically, where her grandparents live. Perhaps there they would find that now missing feeling of home.

But post-war Hiroshima is not the cherry blossom dream that Hanako had hoped for. The city has been decimated by an atomic bomb, and the repercussions still smolder. Countless orphans beg door to door, hundreds of thousands of people are starving, and American Hanako now reels in shock at what her family, and the people of Hiroshima, face. Despite everything her family begins to do to help staunch the suffering they see around them, Hanako feels more in limbo, more unwanted, than ever before, because here she is American, and the Americans had dropped the bomb in the first place. In the ashes of a war-torn world, she must forge her own identity, a bridge between the hyphen between her cultures, in order to find her heart's true home as a Japanese-American.
Reviews from Goodreads.com 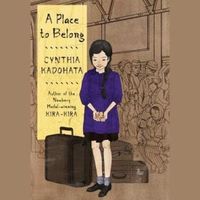