The Passionate One — Connie Brockway 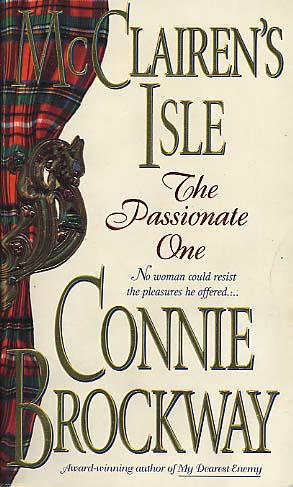 They are the Merricks, two brothers and a sister, restless, daring, proud. English by birth, they came to Scotland with their father to occupy McClairen lands. And there each would find a love as wild and glorious as the Highland isle they claimed as their own.

Fia, the only daughter, is the ravishing one. Raine, the second son, is the reckless one. Ashton is the eldest son. This is his story. . . .

Ash: The Passionate One

He was a notorious rogue with a reputation for hell-raising and heartbreaking. But family secrets forced Ashton Merrick to do his ruthless father's bidding--and escort Rhiannon Russell back to McClairen's Isle. Ash suspected that his father intended to make the innocent beauty his fourth wife. But he didn't expect the passions she would ignite in his own wary heart.
Reviews from Goodreads.com