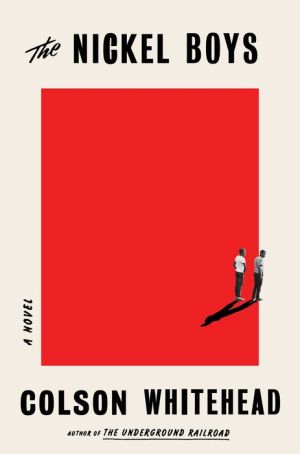 In this bravura follow-up to the Pulitzer Prize, and National Book Award-winning #1 New York Times bestseller The Underground Railroad, Colson Whitehead brilliantly dramatizes another strand of American history through the story of two boys sentenced to a hellish reform school in Jim Crow-era Florida.

As the Civil Rights movement begins to reach the black enclave of Frenchtown in segregated Tallahassee, Elwood Curtis takes the words of Dr. Martin Luther King to heart: He is "as good as anyone." Abandoned by his parents, but kept on the straight and narrow by his grandmother, Elwood is about to enroll in the local black college. But for a black boy in the Jim Crow South of the early 1960s, one innocent mistake is enough to destroy the future. Elwood is sentenced to a juvenile reformatory called the Nickel Academy, whose mission statement says it provides "physical, intellectual and moral training" so the delinquent boys in their charge can become "honorable and honest men."

In reality, the Nickel Academy is a grotesque chamber of horrors where the sadistic staff beats and sexually abuses the students, corrupt officials and locals steal food and supplies, and any boy who resists is likely to disappear "out back." Stunned to find himself in such a vicious environment, Elwood tries to hold onto Dr. King's ringing assertion "Throw us in jail and we will still love you." His friend Turner thinks Elwood is worse than naive, that the world is crooked, and that the only way to survive is to scheme and avoid trouble.
The tension between Elwood's ideals and Turner's skepticism leads to a decision whose repercussions will echo down the decades. Formed in the crucible of the evils Jim Crow wrought, the boys' fates will be determined by what they endured at the Nickel Academy.

Based on the real story of a reform school in Florida that operated for one hundred and eleven years and warped the lives of thousands of children, The Nickel Boys is a devastating, driven narrative that showcases a great American novelist writing at the height of his powers.
Reviews from Goodreads.com

After all the hype about this book, and after reading The Underground Railroad by this same author, I was expecting great things with this book. Unfortunately it didn't happen - not for me anyway. Fortunately it's a fairly short book, or I probably would have put it aside before I got halfway through. Yes, the subject matter is appalling, and very graphic. Yes, the book highlights the problems in the southern states in the late 1960's with segregation running rampant even after it was legislated to not be continued. There were enough good old boys and Ku Klux Klan members to ensure that the black people were kept securely in their place, and never was this more apparent than in the juvenile detention centres run by the states in various southern states. The Nickel Academy was located in Florida, and it managed to keep its abhorrent secrets for over 100 years. The book is a fictionalized account of one 15 year old black boy who got caught up in the system through no fault of his own, and ended up being sentenced to two years at that academy. What Elwood discovers at this house of horrors far surpasses his darkest imaginings. He suffers physical abuse and witnesses abuses that lead up to death numerous times in his short stint at Nickel. This takes us to about 2/3 of the way through the book, and then we begin Part Three. Here is where the storyline and timelines get messed up and distorted. We are flipped back and forth from 1967 at Nickel to present day New York City. No explanations, no Segway. Just random jumping back and forth. When I finished, I wondered why I bothered. I learned nothing new, and didn't enjoy the journey. After reading a similar story about aboriginal schools in Canada around this time - a little jewel of a book called Wenjack written by one of our wonderful Canadian authors by the name of Joseph Boyden, this book just does not begin to measure up and does not engender the same empathy at all. It's more of a shock-and-awe tale, with no real character development. I cannot recommend this book. 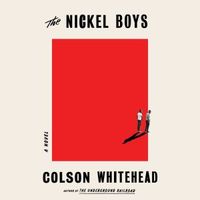