Jac and Her Beanstalk — C.J. Henderson 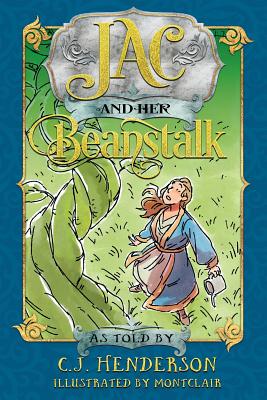 
In a place that was not quite the mountains and not quite the sea... an amazing thing happened. It was such an extraordinary thing that for hundreds of years, up until this very day, people have told and retold the story over and over again. The surprising thing, however, is that half of them have only told one part of the story and the other half have only told the rest. And because of all that retelling, both halves of the story are now very famous. Very famous, indeed. But for some strange reason, the entire story has never yet been told. Never. Until now that is.
Praise for previous works by C.J. Henderson
“Henderson is a born storyteller.” —The Armchair Detective
“Henderson is a solid and original writer who brings a great deal of variety as well as a twist-in-the-tail irony to his stories.” —Ellery Queen Mystery Magazine
“Top flight entertainment.” —Locus
Reviews from Goodreads.com