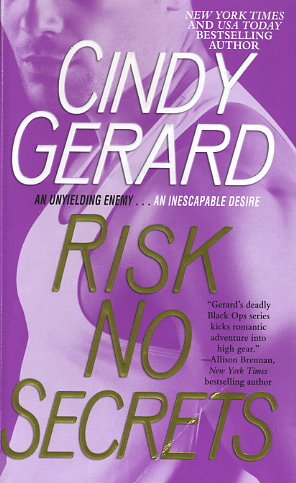 A RED-HOT ATTRACTION . . .
Twelve years of chasing bad guys didn't erase beautiful Sophie Baylor from Wyatt Savage's memory. If he had another chance, he'd never let her leave. So when she tracks him down from El Salvador and begs for help, he doesn't ask questions--he just goes.

STARTS WITH A TERRIFYING THREAT . . .
Sophie is grateful her daughter survived a kidnapping attempt, but she won't forgive herself until the girl who was mistakenly abducted is safe. Wyatt is the only man brave enough to take on the mysterious terrorists behind the crime--and the one irresistible man she wishes she had never let go. . . .

AND UNLEASHES AN UNFORGETTABLE ADVENTURE.
Sophie knows Central America's steamy jungles and sticky politics better than anyone. Yet she refuses to hide in fear. Then she becomes the enemy's number one target. Wyatt lost her once, and he won't lose her again--even if he has to fight, kill, or die to save her.
Reviews from Goodreads.com

I loved the Bodyguard series but am finding the Black Ops series less and less interesting with each book. The action in Risk No Secrets is intense; the body count easily topped 50, mostly killed with automatic weapons fire by our "good guys." I liked the protagonists. The plot was deeply compromised by a classic dumb move that you could see from 50 pages ahead. After this, I'll wait for Gerard's books to show up at the used bookstore or skip them entirely.