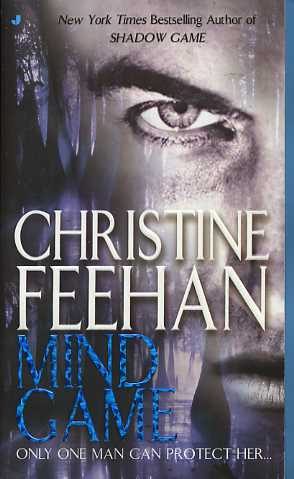 Dahlia LeBlanc's gifts are also a curse, making it impossible for her to be around others without hurting them. But can she trust her secrets to Nicolas Trevane, a Shadow warrior sent to find her?

Possessed of an extraordinary telekinetic gift, Dahlia Le Blanc has spent her life isolated from other people. And just when she thinks she's finally achieved some semblance of peace, her well-orchestrated world comes crashing down...

For a reason she cannot guess, she has become the target of deadly assassins. Suddenly no place is safe - not even the secret refuge she's established long ago. Now she must rely on Nicolas Trevane - a dangerous warrior sent to track her down and protect her. Together they generate a scorching heat Dahlia never imagined was possible. But can she trust this man with her secrets -- especially when some people would kill to get their hands on them?
Reviews from Goodreads.com

This book was wonderful. it had soo much depth to it; there were so many things that happened. As you read, you understand and feel more connected and with the chararcter and entwined with the story as well. I Love Dahlia's kick but attitude even though it doesn't appear much in this novel, because the whole point of this is to show that her powers have serious repercussions that inhibit her abilities both physically and mentally. This story also takes you throuh the changes in the characters' emotions. I love how Nicolas (usually a cold-blooded killer) can turn into mush just at the sight of her, his love for her is like an obsession. And he knew what he wanted almost immediately--her. forever by his side. Soo romantic. XD Don't get me worng there's also some humor in this book, I was sated and content when I finished reading, because Dahlia and Nicolas went through a lot on this adventure; it was not one of those short quick reads that I thought it was, at all. :] IT would probably be rated a 4; but since it was different from my usual reads it rated a 5 for me.