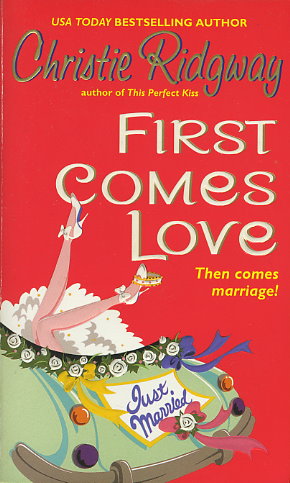 There's a saying around the town of Hot Water, California: "Wilder women don't wed." When the town was founded, the Wilders ran the local house of ill repute...nowadays they're still known for their naughty ways.

But Kitty Wilder has decided that it's time for all that to change!

Kitty Wilder longed for a little respectability, so eight years ago she finagled an "I do" out of local hero Dylan Matthews. The ceremony was only supposed to be a tourist attraction sham, but a loophole made it legal ... a little fact she'd "conveniently" neglected to share until Dylan came storming back into her life.

How could he be married and not even know it? As an FBI agent, Dylan thought he'd seen it all, but this was outrageous. Kitty is still gorgeous, appealing, and even she deserves more than the toughened man he had become. But before Dylan can accept the powerful emotions he has for this unexpected wife he has to first face down the demons of his past...
Reviews from Goodreads.com