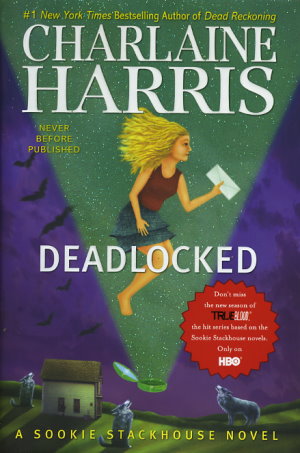 It's vampire politics as usual around the town of Bon Temps, but never before have they hit so close to Sookie's heart...

Growing up with telepathic abilities, Sookie Stackhouse realized early on there were things she'd rather not know. And now that she's an adult, she also realizes that some things she knows about, she'd rather not see -- like Eric Northman feeding off another woman. A younger one.

There's a thing or two she'd like to say about that, but she has to keep quiet -- Felipe de Castro, the Vampire King of Louisiana (and Arkansas and Nevada), is in town. It's the worst possible time for a human body to show up in Eric's front yard -- especially the body of the woman whose blood he just drank.

Now, it's up to Sookie and Bill, the official Area Five investigator, to solve the murder. Sookie thinks that, at least this time, the dead girl's fate has nothing to do with her. But she is wrong. She has an enemy, one far more devious than she would ever suspect, who's set out to make Sookie's world come crashing down.
Reviews from Goodreads.com

Deadlocked is the twelfth (and penultimate) full-length novel in the Sookie Stackhouse series by popular American author, Charlaine Harris. After a somewhat slow start, there’s plenty of action in this instalment, including kidnappings, the birth of twins, the rescue of hostages, incitement of rebellion, a few murders, seduction and a were pack judgement.

The Vampire King of Louisiana, Nevada and Arkansas visits Eric to find out what happened to his missing regent, Victor Madden. During his visit, Sookie catches Eric in a somewhat compromising situation with a half-were girl who is later found murdered on his front lawn. As Sookie, Bill and Dermot investigate the who and the why of it, they discover some unsurprising truths, but are thoroughly shocked when they learn who is ultimately responsible.

In addition, the Vampire Queen of Oklahoma comes to convince the man she is contracted to marry (Eric) of the advantages of their union; Ladies Only night at Hooligans brings a surprise for Sookie and her friends; Sookie agonises over her ownership of the magical Cluviel Dor; Sookie has a birthday and makes a will; and an antiques dealer gets greedy and pays a high price. Sookie makes a monumental decision that will see readers eager for the final book, Dead Ever After. 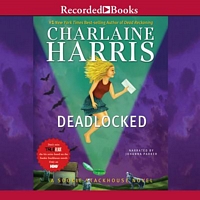