The Marine And Me — Cathie Linz 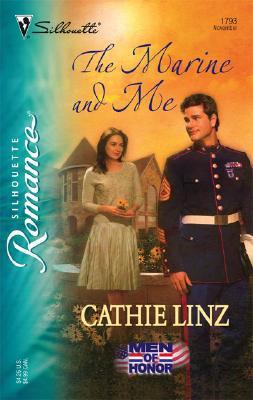 Had Cupid's arrow made a direct hit?

How on earth had an intrepid U.S. Marine just gotten maneuvered into dating the librarian next door? Mark it down to a sense of duty but for Steve Kozlowski, meeting Chloe Johnson was like walking over a land mine. For beneath her frumpy exterior was a spirited, sexy woman who could definitely use a lot more excitement in her life. And this die-hard bachelor was just the man to provide it.

At least he was until he discovered how much fun he was having with sweet, kissable Chloe. Had Steve's time-honored strategy for sidestepping a more lasting engagement just backfired?

MEN OF HONOR
Dedicated to the Corps...and devoted to the women they lvoe
Reviews from Goodreads.com