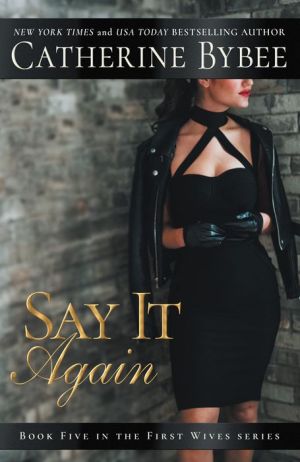 
A Wall Street Journal bestseller.
In the final First Wives novel by New York Times bestselling author Catherine Bybee, falling in love could become the most dangerous dare of one woman’s life.
Protector-for-hire Sasha Budanov is accustomed to life as a loner. Always on the move, she’s now reached a crossroad. Looking for answers about her shadowy youth, she’s returned to the strict boarding school in Germany where she was raised. It’s also where she was trained in the stealthy, militarized art of survival. But behind its gleaming gates, Richter is a fortress of secrets, including those buried in Sasha’s mysterious past. To uncover them, she’s clinging to her first rule of defense: stay guarded.
If anyone can challenge Sasha’s rules, it’s devilishly sexy stranger AJ Hofmann. He wants answers, too. And he needs Sasha’s help. The recent deaths of several of Richter’s former students—including AJ’s own sister—have aroused his suspicions. He’s arousing something more in Sasha. Never one to surrender to her emotions, she senses something tempting in AJ. She trusts him. He’s fearless. And he kisses like a demon. Sasha’s found her match.
But treading Richter’s dark halls—and following their hearts—has its risks. As the decades-old secrets of the past are mined, Sasha and AJ are falling deeper in love…and into danger.
Reviews from Goodreads.com