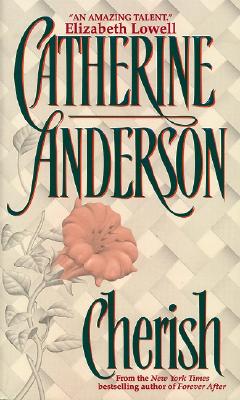 Race Spencer's gunslinging days are far behind him. He is now a respectable rancher, but it's a solitary life. But then Fate lead Race to an earthbound angel--lost and alone, the sole survivor of an outlaw attack--and even his hardened heart is moved. He sweeps the ivory-skinned beauty into his arms and carries her away from danger.

A Woman to Cherish

When innocent Rebecca Morgan wakes up in a stranger's embrace, she knows her life has been changed forever. Though Race's touch makes her blood sing and stirs up emotions in her she never knew existed, she knows this man has a fearsome reputation. And though her life may depend on him, she doesn't know if she can trust him. Can it really be love she sees in her rescuer's dark eyes?
Reviews from Goodreads.com