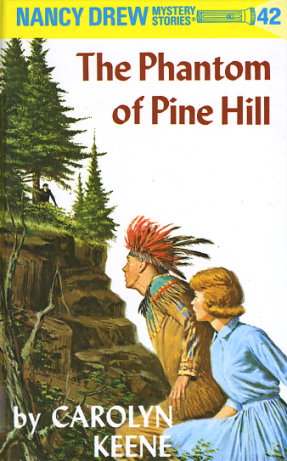 When Nancy Drew, together with her two close friends, arrive for the Emerson University June Week celebration and learn there has been a mix-up in their motel reservations, the confusion leads to a baffling mystery.

Uncle John Rorick, a descendant of the early settlers of the town of Emerson, invites the three girls to be his guests at his historic mansion on Pine Hill. Shortly after their arrival, he tells them about the phantom who haunts the mansion's library. Uncle John also relates the weird family saga of a lost French wedding gown and valuable gifts which went to the bottom of a nearby cove in the sinking of the Lucy Belle a hundred years before. Could there possibly be some connection between the phantom and the old ship disaster? Nancy wonders.

In between enjoying the university's June Week boat races, river pageant, and fraternity dances, Nancy and her friends work diligently to solve the mystery of Pine Hill and to find the long-lost wedding treasures.

The exciting climax will be as much of a thrill for the reader as it was for the famous teen-age detective herself. 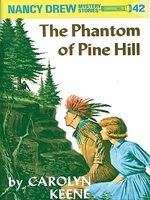