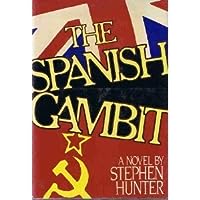 The men who gave the orders had no choice. Florry was the only man for the job--so they gave him no choice but to go to a land that East and West had turned into a blood-slick battleground of terror and counter-terror.

Florry's mission: to find and destroy the man he admired most in the world.

Florry's qualifications for this job: the same as his chances of success. None--unless he learns the moves in a game without rules in a deadly hurry...