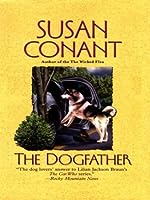 It's an offer dog handler Holly Winter can't refuse: train wiseguy Enzio Guarini's new Elkhound puppy, Frey. But can she ignore the fact that Guarini's killed so many people even the FBI's lost count? Hardly. One day into training and Guarini's right-hand man is shot dead. The official story is a heart attack. Holly knows better. Between jump-starting a romance on the side and teaching a Mob pup to fetch, she's found herself in the middle of a vendetta with a family well-trained in murder. And it's going to take more than an understanding of the animal instinct to get away without getting bitten.