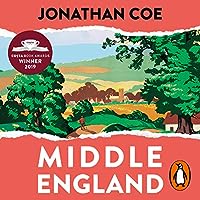 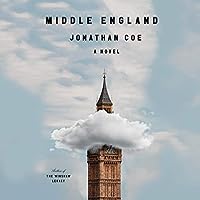 From the acclaimed author of The Rotters' Club and The Closed Circle comes the novel for our strange contemporary times.

Beginning nine years ago on the outskirts of Birmingham, where car factories have been replaced by chain retail, and London, where both frenzied riots and Olympic fever plague the streets, Middle England tracks a brilliantly vivid cast of characters through the transformation of their society.

There are newlyweds Ian and Sophie, who disagree about England's future and, possibly, their relationship; Doug, the political commentator who writes impassioned columns about austerity from his Chelsea townhouse while his radical teenage daughter undertakes a relentless quest for universal justice; Benjamin Trotter, who embarks on an apparently doomed new career in middle age, and his father Colin, whose last wish is to vote LEAVE in the Brexit referendum. Through all these lives we see this very tentatively united kingdom itself: a place of nostalgia and delusion, bewilderment and barely-suppressed rage.

As acutely alert to the absurdity of the political classes as it is compassionate about those left behind by elites of all sorts, this is a novel only Jonathan Coe could have written.