Did I Mention I Miss You? — Estelle Maskame 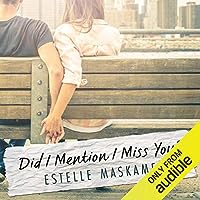 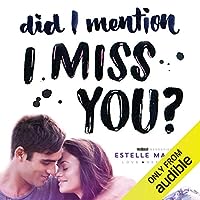 It's been a year since Eden last spoke to Tyler. After his sudden departure, she left for Chicago for college and found a new boyfriend-someone who (hopefully) won't run when things get tough, like Tyler did. But as school breaks up for the summer, she heads back to Los Angeles. And she's not the only one with that idea...

Despite their break-up, Tyler's determined to rekindle what they once had. He's restarted his life and he wants her in it. Eden's not sure where to begin in finally forgiving him. But when a tragedy draws them together, Eden must search her heart and decide if Tyler is worth the risk once and for all.

In Did I Mention I Miss You?, the explosive finale to Wattpad senstation Estelle Maskame's DIMILY trilogy: three unforgettable summers of secrets, heartbreak, and forbidden romance.