The Power of One — Bryce Courtenay 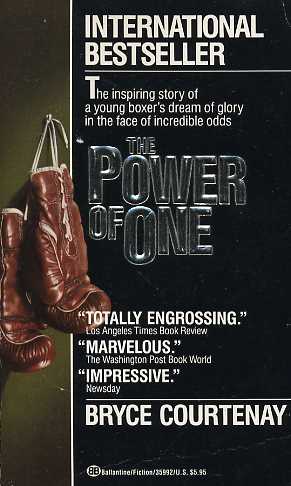 In 1939, as Hitler cast his enormous, cruel shadow across the world, hatred of a similar kind took root in South Africa, where the seeds of apartheid were newly sown. There a boy called Peekay was born. He spoke the wrong language--English, the language spoken by those who had sent the Afrikaners to the world's first concentration camps during the Boer War. He was suckled by a woman of the wrong color--black, the color of fear and disdain. His childhood was marked by humiliation and abandonment. Yet he vowed to survive--he would become welterweight champion of the world, he would dream heroic dreams.

But his dreams were nothing compared to what awaited him. For he embarked on an epic journey through a land of tribal superstition and modern prejudice, where he would learn the power of words, the power to transform lives; and the mystical power that would sustain him even • when it appeared that villainy would rule the world: The Power of One.
Reviews from Goodreads.com 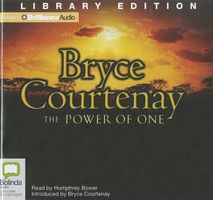 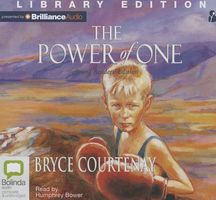