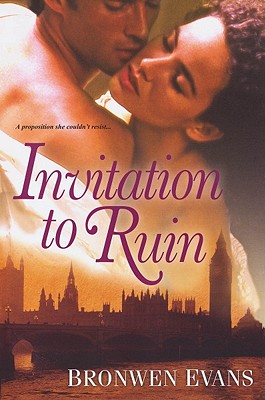 One Good Lady Is About to Go Bad...

The only thing Miss Melissa Goodly has ever wanted out of a marriage is love. But any hope of that dissolves one wild night, when she loses herself in the arms of the most irresistible -- and unobtainable -- man in all of England. For when they are discovered in a position as compromising as it is pleasurable, she has no choice but to accept his proposal.

Avowed bachelor Anthony Craven, Earl of Wickham, never meant to seduce an innocent like Melissa. Yet now that the damage is done, it does seem like she'd make a very convenient wife. After all, she is so naive he won't have to worry about ever being tempted. Or so he thinks, until the vows are spoken and they are left alone -- and his new bride reveals a streak just as brazen and unrestrained as his own...
Reviews from Goodreads.com

Enjoyed this book, Wickham was a bit weak in that he let his past control his future to the extent that it did. I know our past shapes our future, but to let it totally control it is insane.