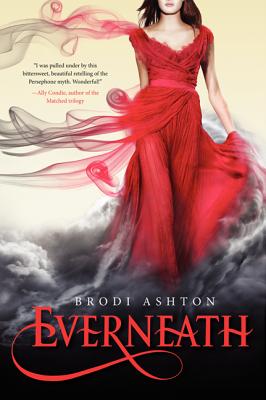 Last spring, Nikki Beckett vanished, sucked into an underworld known as the Everneath. Now she's returned -- to her old life, her family, her boyfriend -- before she's banished back to the underworld . . . this time forever. She has six months before the Everneath comes to claim her, six months for good-byes she can't find the words for, six months to find redemption, if it exists.

Nikki longs to spend these precious months forgetting the Everneath and trying to reconnect with her boyfriend, Jack, the person most devastated by her disappearance -- and the one person she loves more than anything. But there's just one problem: Cole, the smoldering immortal who enticed her to the Everneath in the first place, has followed Nikki home. Cole wants to take over the throne in the underworld and is convinced Nikki is the key to making it happen. And he'll do whatever it takes to bring her back, this time as his queen.

As Nikki's time on the Surface draws to a close and her relationships begin slipping from her grasp, she is forced to make the hardest decision of her life: find a way to cheat fate and remain on the Surface with Jack or return to the Everneath and become Cole's queen.
Reviews from Goodreads.com

Hades and Persephone and old tale that never gets old. Nikki is a teen just enjoying her boyfriend and her life till something goes wrong. She makes a choice that takes her away for 100 years. For a hundred years she is wrapped around and connected to Cole, who absorbs all her emotions. She awakes undamaged like others who have gone through this 'feed'. Then she turns away from him and travels back to the surface to find her love, Jack. The face she has thought of everyday for the last 100 years. Luckily 100 years in the underworld is only six months on the surface.
I had some issues with the telling of the story. Nikki was supposed to come back without any emotions and yet, she yearns for her life. The whole story is emotional. Teenage melodrama deluxe, with dating jealousy, misunderstandings and parents. Her hate for Cole and her need for Jack where endless. The everyone just accepted her back with out any real questions ? Really ? Cole, he was always treated badly. I have hope this will change in the next books. but the animosity he received bothered me.
I loved her fight to gain respect for the adults she abandoned on her run to the underside. Her father was realistic and well written. The school and the other students reactions to her sudden return was also realistic. The relationship between her and Jack was sweet and I could believe it. His hate for Cole was understandable. The clue that they found was something new and exciting to the story line.
it was a good tale, I could not put it down, even with the flaws. I was disappointed in the inconsistencies and melodrama. I did not know this was the first in a series so I was screaming at the cliffhanger ending. Phew. I will read the next one. 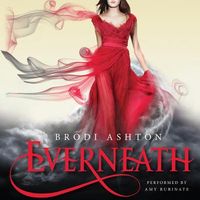 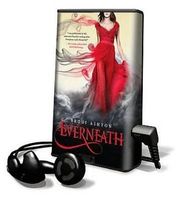