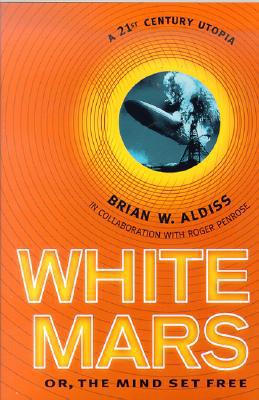 Two of England's most distinguished thinkers have created a bold and startling vision of a new society escaping the ashes of the old.

In the not-so-distant future, Man will have begun to colonize our planetary neighbor, Mars. Entrenched corporate and national interests have footed the bill, but a few visionary people attempt to keep Mars free of the hidebound ideologies that have plagued the Earth and turned it into a polluted wasteland of war and hunger.

The colony has barely begun to take root in the Martian soil when all communication with EUPACUS--as the industrialized nations of Earth are known--is cut off completely. Environmental and economic stresses have finally spun out of control, and civilization as we know it has collapsed. With no hope of escape or support from Earth, the Martians must overcome the dire obstacles that face them and forge a new alliance for survival.

Led by the brave Tom Jefferies, the colonists struggle to build a new way of living based on the search for knowledge, the improvement of human conditions, and the elimination of the hatreds and delusions that lead to misery in the past.

Included in an appendix is the complete text of the Charter for an Independent Mars, written by Dr. Laurence Lustgarten, a renowned expert on international law.