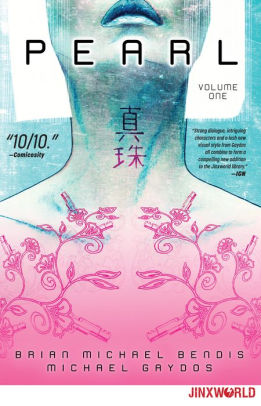 Pearl Tanaka is an outsider among outsiders. A Japanese American with albinism, she was born into a world ruled by the American yakuza. Now she uses her unequaled skills as a tattoo artist to make a living in San Francisco, and all that she owes to the yakuza is the occasional kickback from her shop.

That all changes the day that she meets Rick Araki...and saves his life. Rick is another tattoo artist, who's run afoul of a different yakuza clan. By interfering with their hit on him, Pearl risks drawing her patron into a deadly gang war.

Worse, Pearl has revealed to her yakuza bosses one of her deepest secrets: she has a talent for killing. Now, to pay off her debt, she must become an assassin for her yakuza clan.