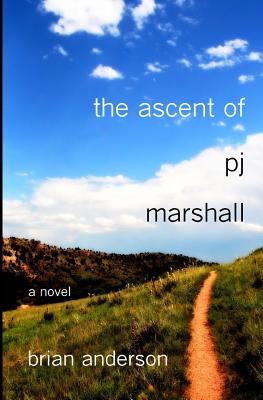 When PJ Marshall’s father, Butch—about to present evidence of illegal timber and oil company practices to Congress—disappears from his Wisconsin Northwoods home under a cloud of suspicion, PJ embarks on a grueling cross-country search. And when he's drawn into the simmering conflict between the aging activist and a pair of industry giants, PJ begins to unravel a web of lies and violence designed to keep Hansen Timber and Bighorn Oil out of the cross-hairs of public scrutiny.

And to silence those trying to expose their secrets.

PJ's sister died when he was four. His mother—in a car crash that nearly took his father as well—when he was sixteen. As a result, his youth was spent in a haze of addiction-fueled anger and guilt. Now, after a lifetime of unwavering support from his father, PJ’s wounds have begun to heal.

The mysterious 911 call accusing him of kidnapping and assault. The out of state warrant implicating him in a theft and extortion conspiracy. Armed with corroborating evidence inexplicably left behind on Butch's computer, local authorities question PJ on his father’s recent activities and a file named ‘Tim-Oil’—recently scrubbed from the hard drive. Unwilling to accept the allegations against his father, and with the investigation turning to what he himself knows and may be hiding about ‘Tim-Oil’, PJ knows it's up to him to uncover the truth.

PJ's lonely, desperate search. The discovery of hidden files containing Butch’s planned testimony and years of research. Hansen Timber's illegal clear-cuts in the Pacific Northwest. Bighorn Oil's illicit offsite wells in Wyoming Indian territory. Political corruption. Pending legislation in Congress—paid for by company shills—that would not only wipe the slates clean, but would net Hansen and Bighorn untold millions. With everything to lose, two corporate titans willing to do anything to win.

From a remote camp in the North Cascades to the offices of a Chicago high-rise, PJ confronts those charged with the companies’ survival—clashing with friends, new foes and past demons alike. Beaten in both body and spirit, and with his father’s fate growing ever more uncertain, PJ returns to Wisconsin and a remote hunting cabin to face the one person who knows everything.

And in the end, maybe even come to terms with his past.

If it's not too late.
Reviews from Goodreads.com