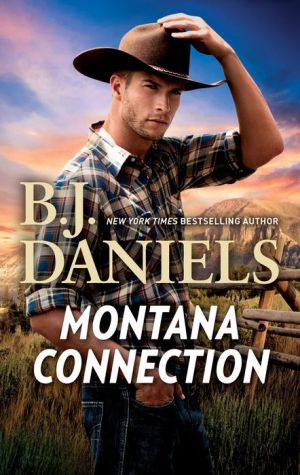 Sheriff Mitch Tanner—the most eligible bachelor in the county—has his hands full. Bigfoot sightings and sundry strange happenings he can handle…but he isn’t prepared for murder. With a killer on the loose, he has to keep a tight grip on the investigation and a close eye on the mounting list of suspects.

Unfortunately, the person whose presence threatens to distract him from the mounting danger is none other than the town’s biggest gossip and the one woman he’d do anything to avoid: Charity Jenkins. She’s whittled away at his confirmed-single status with her annoying questions and good looks. Before long, he’s thinking about something more permanent. Except a killer has other plans for Charity.

Originally published in 2003 by Harlequin Intrigue

Somehow Ford Lancaster seems to always turn up just when Rozalyn Sawyer needs him most. And as much as she hates to admit it, she can’t help but want more of his steady presence. Rozalyn is sure a crime has been committed against her family, but is her desperate search for the truth based on fear or fact?

Ford has come to settle an old score—only to find his investigation leading him to a killer’s next target: Rozalyn. She has every reason to doubt his motives, but Ford knows he would pay any price to reconcile the past and show Rozalyn that she can trust him again.

Originally published in 2004 by Harlequin Intrigue
Reviews from Goodreads.com