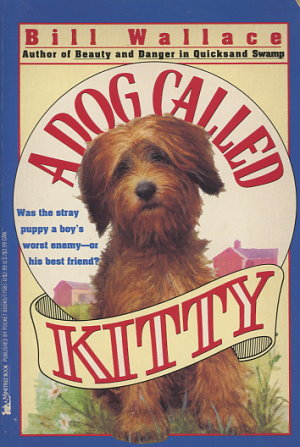 Who could resist the fuzzy little brown puppy?

Ricky could, that's who. Ever since he was attacked by a dog when he was just a little kid, he's been afraid of dogs. So even though the pup is tiny and skinny, with sad brown eyes and a friendly, wagging tail, Ricky doesn't want it hanging around the farm.

The barn cats aren't about to share their food with a dog, and it looks as if the pup will starve to death unless someone comes to its rescue. Ricky may be afraid of dogs, but he doesn't want to see one starve. He'll feed the pup until it gets its strength back, and then he'll run it off.

But the pup has other ideas. Can Ricky overcome his fears and find himself the best friend he's ever had?
Reviews from Goodreads.com