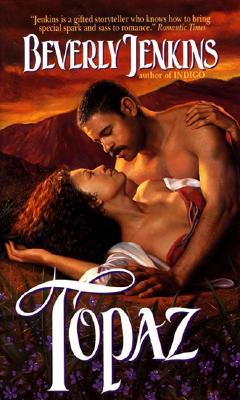 Kate Love is an ambitious young newspaper reporter on the trail of a railroad stock swindler who has been preying onelderly Blacks. Her investigation points to Rupert Samuels,one of the wealthiest and most eligible black men in the east,but her covert efforts to get close enough to uncover thegoods on him bring her to the brink of becoming his wife.

A Promise of Pleasure

Snatched from the altar by Dix Wildhorse, a Black SeminoleMarshal from Oklahoma's Indian country, Kate has no choice but to flee with the daring knight her father sent to rescueand wed her. Marriage had never been part of Kate's plans,and she isn't about to abandon her career to become thedutiful wife of a wild west lawman bent on wrapping her in his own protective cocoon. Determined to hold on to her independence despite the dark simmering fire Dix's bronzed,muscled embrace ignites, she challenges him at every turn.Yet even as their battle of wills intensifies, the heat of their passion blazes with unmatched fury...a wildfire of lovethat can only be answered in the sweet ecstasy of surrender.
Reviews from Goodreads.com