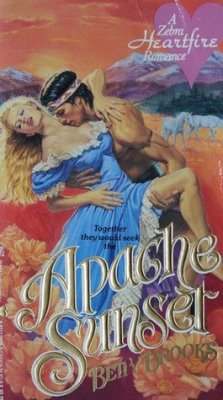 When Katherine Carpenter opened her eyes for the first time after her accident, she thought that she should be afraid of the magnificent Indian warrior before her. Instead, she felt herself drawn to him like a bee to honey. His lean, muscular body seemed to call out to her, begging to be touched and explored. And although they did not speak the same language, the look in his eyes mirrored her own... They were meant to be lovers in a timeless embrace...

Swift Arrow was captivated by the white woman he found lying unconscious in the snow. And while he knew it was wrong to take her away with him, he could not help himself from lifting her up and riding forward. She was like a little bird that needed his protection, and once he sampled the sweetness of her lips he was addicted to the very taste of her. Swift Arrow made a vow to himself that he would be the only man in Katherine's life. He would caress her, kiss her, awaken her to the wild passion he knew would be theirs together in their APACHE SUNSET
Reviews from Goodreads.com

Discovered lying unconscious in the snow, Katherine Carpenter finds herself attracted to her handsome rescuer, Swift Arrow, an Apache warrior