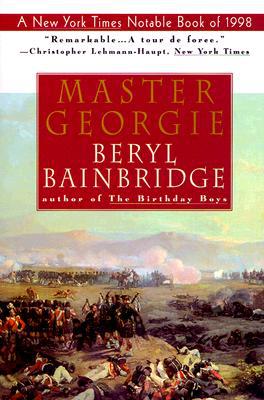 Shortlisted for the Man Booker Prize: A masterwork of love, guilt, and friendship set in Victorian Liverpool and Eastern Europe during the Crimean War. Photography is the common thread weaving together three different points of view that span the years from 1846 to 1854. The first plate opens with the account of Myrtle, a young orphan girl, as she is taking a photograph of her adoptive father, Mr. Hardy, who has just passed away in Liverpool. The sudden and unsavory circumstances of Mr. Hardy's death bind Myrtle and the other characters of this story together as history propels them toward the frontlines of the Crimean War. Myrtle's adoptive brother, George Hardy, or Master Georgie as he is called, is an amateur photographer and handsome surgeon. When he heads east in 1854 to offer his medical services to the conflict raging between Russia and Turkeya war it seems England will inevitably enterMyrtle follows him, as does George's brother-in-law, a high-minded geologist named Dr. Potter. The group travels to Valetta, Malta, and Constantinople, then on to Varna, where George will be stationed. As the caravan proceeds, the group crosses paths with Pompey Jones, a street urchin, photographer's assistant, and sometimes fire breather, who is a dear friend of George's and was with him the day his father died. It soon becomes clear that George's affections are torn between Pompey and Myrtle. Dr. Potter, meanwhile, pines for the affections of his wife, who is hundreds of miles away. The conflicting emotions in the travelers' hearts are amplified by the misery, disease, and filth they must endureas well as the other, more unthinkable, horrors of war. A sparse yet vivid historical novel, Master Georgie delves into themes of distorted truth, the psychological effects of war, unrequited love, and the will to survive. Called a true novelist's novel by the Guardian , it was shortlisted for the Man Booker Prize. This ebook features an illustrated biography of Beryl Bainbridge including rare images from the author's estate.
Reviews from Goodreads.com 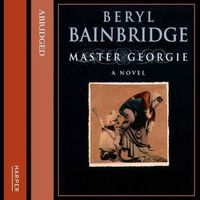 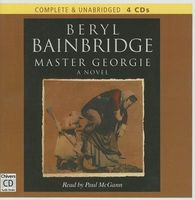