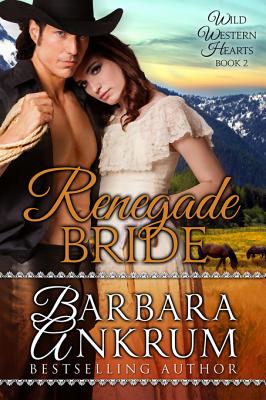 SHE WOULD BE HIS
Mariah Parsons had believed since she was sixteen that she'd spend her life with the man who'd given her first kiss. Now after four years apart and with many doubts in her mind, Mariah was on her way West to begin their life together. Until a very different man met her at Fort Benton on the shores of the Missouri River. The rough-hewn bounty hunter bruised her delicate sensibilities with his brash, masculine ways...then set her pulses racing with a fiery stolen kiss. She'd have some explaining to do once she reached Virginia City, but meanwhile, she'd taste the full range of Creed Devereaux's caresses, feel his muscular arms holding her tight, and soar with him to the heights of rapture...just for one glorious night!

HE WOULD BE HERS
Creed Devereaux wasn't a man to ignore a hunch, and something told him that the woman he was meeting at the Fort Benton levee was going to change his life. And when he picked the enchanting Mariah out of the crowd and feasted his eyes on her tantalizing curves and luxuriant cinnamon-colored hair, Creed knew instantly that he could not deliver her to another man--even if that man was his best friend. He wanted her to be his own! He'd woo her with soft words and tender caresses on the long trip westward, stroke every inch of her silky flesh into sweet surrender, then show her how a bounty hunter claims his prize in a night of raging ecstasy under the starry Montana sky.