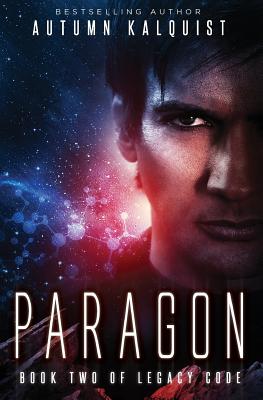 Tadeo Raines knows what they say about him. It’s all lies. But lies are better than the truth. He broke the rules once and swore he’d never do it again. Now traitors plot against the fleet, and he's tasked with hunting them down and stopping them. Permanently. Tadeo was born to command, born to lead the last remnants of humanity to a new Earth. He knows there’s a better world out there: Daylight at the end of humanity's long night. And he's willing to do whatever it takes to get the fleet there. Even if it means walking the line between loyalty and treason. And breaking the rules... Again. Fractured Era: Legacy Code is a suspenseful, dark post-apocalyptic series that has earned five star reviews from fans of books like Hunger Games, Divergent, and Red Rising, and has been compared favorably to Wool, 1984, and the new Battlestar Galactica. "Addictive sci-fi series. I haven't been this hooked on an author since Anne McCaffery's Killashandra series." ~ Marie Hall, New York Times and USA Today Bestselling Author What readers say about LEGACY CODE: “Upon receiving my copy of The Legacy Code, I started reading and just could not stop, until it was over.” “It pulled me in faster than most books I have read and kept me on the edge of my seat through the end. I read it all in just a few hours.” “…An uncertain future has the colonists on edge, leading to acts of terrorism and assassination attempts on government officials… There are several intriguing elements at play, most significantly, the mystery of the Legacy Code and whether it holds the key to humanity's survival…I'm looking forward to continuing the series to see where it goes from here.” “A couple of chapters in and I was already hooked! I ended up staying up til midnight (as a mother of a toddler this is a rare occasion) in order to finish it.” “I just finished this book...at 6:00 AM. This society crafted by Autumn Kalquist is fascinating. I can't even imagine how much time she spent carefully plotting every detail. Their existence feels so real and so frighteningly possible.” “I felt like I was there. The romance was sweet, there was pulse-pounding action, the friendship between the girls was amazing, and I was rooting for the characters so hard.” “Autumn Kalquist is a talented author. LEGACY CODE is easy to read, her plot is engaging, and her characters are real. Her world building is second to none, and I felt completely sucked into her story.” “I started reading Legacy Code and within the first few pages I was hooked! …it is brilliantly written with detail and imagination from the offset, It is also really well edited. I am really looking forward to where the next installment of the Legacy Code Saga is going to take me.” “It kind of had an initial feel of Battlestar Galactica -- a civilization that has to abandon their planet and go in search of a new one. …It had mystery, a bit of a thriller like aspect, humor, and a taste of romance. I'm hooked enough for another taste, now I just have to wait!" “I both love and hate this book...but in a good way! Instantly I fell in love with the characters and storyline that Kalquist spun together…This story is based in the future (almost a space opera / dystopian) where the populations of earth escaped to space to find a better world. ...we arrive in a distant future where civilization exists on space ships and they have to take decades before making jumps across space -similar in a way to what I imagine Stargate” “Just when you start getting attached to the main characters..STUFF HAPPENS. And you MUST know what happens NEXT.”
Reviews from Goodreads.com