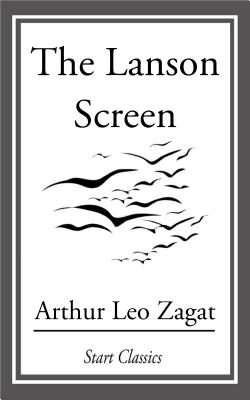 The experiment was going well, until Professor Lanson died and took his secrets with him!

Excerpt
Harry Osborn, First Lieutenant U. S. Army Air Corps, banked his wide- winged bombing plane in an easy, swooping curve. In the distance New York's white pinnacles caught the sun above a blue-gray billowing of twilight ground-haze. A faint smile lifted the corners of his lips as he glanced overside, saw a train crawl along shining rails and come to a halt. Brown dots appeared from the passenger car behind its locomotive and clustered in ordered confusion about the other oblong that completed the train's complement.
What appeared from his altitude to be a rather large pocket- handkerchief slid from the car and spread out on the grass. A metal tube glittered in the sun, came into motion, swiveling to the east. It looked like a cap-pistol, but Osborn knew it to be an eighteen-inch railroad gun.
He slanted down through lambent air. The terrain below was flat, lushly green. It was entirely vacant save at the very center of its five-mile sweep of marsh. Here a small hut was visible in the middle of a hundred-yard area ringed by a water-filled moat.