The Accident on the A35 — Arcade Publishing 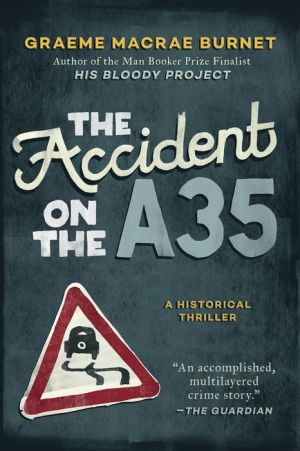 The Accident on the A35 returns to the scene of Burnet's accomplished first novel, The Disappearance of Adèle Bedeau--the small French town of Saint-Louis. Detective Gorski is called away from his night of solitary drinking to the site of a car accident that left Bertrand Barthelme, a respected solicitor, dead. When the deceased's rather attractive wife suggests that the crash may not have been an accident, Gorski looks closer into Barthelme's circumspect movements on the night of his death. His investigation leads him to various bars, hotels, and brothels in the nearby city of Strasbourg. At the same time, Barthelme's rebellious son, drunk on Jean Paul Sartre novels, is conducting an investigation of his own. Their independent, dual inquiries lead the reader down a twisted road marked by seedy back rooms, bar brawls, and--as we have come to expect from Burnet--copious amounts of wine.

The Accident on the A35 is a darkly humorous, subtle, and sophisticated novel that burrows into the psyches of its characters and explores the dark corners of life in a sleepy town.
Reviews from Goodreads.com