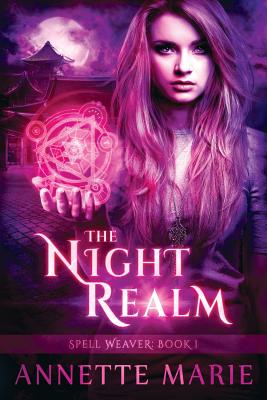 Clio has the rare ability to mimic magic. Sent on a mission to steal spells from the most dangerous family in the Underworld, she ends up stealing something else: their spell weaver.

As a nymph living in exile among humans, Clio has picked up all sorts of unique survival skills. But pilfering magic from the Underworld's deadliest spell weavers? Not so much.

Unfortunately, that's exactly what she has to do to earn a ticket back home.

Conning her way into the Underworld may have gone pretty well, but now she's got a new problem. His name is Lyre and he's a sinfully alluring incubus, a skilled spell weaver, and the only thing standing between her and stealing some damn magic.

-- From the author of the Steel & Stone series comes a new urban fantasy adventure with breathtaking magic, heart-stopping action, and forbidden attraction in a world where secrets are a matter of life and death.