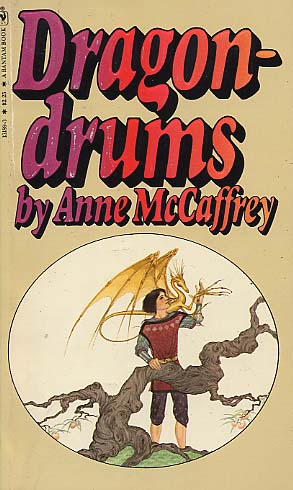 Once again Pern was in danger. The air trembled with rumors of deadly Threadfall. And, from within, there was another peril. The restless Oldtimers, who once battled the shimmering Thread, were now banished to the Southern Hold, and breeding rebellion. So the Master Harper dispatched young Piemur southward, dragonback, on a secret mission. Piemur, his great singing career thwarted by the changing voice of youth, was now a drum apprentice, his messages sounding from the heights. The wily lad, vowing to help his beloved Pern, would survive Threadfall, accomplish his task, and return home with, at long last, the little fire lizard of his sun dreams.
Reviews from Goodreads.com