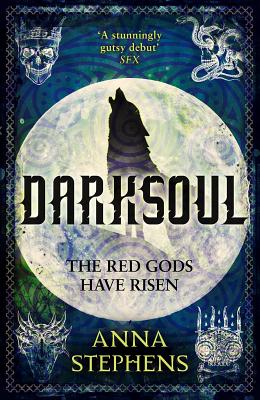 Evil gods walk the land as armies prepare for war in the thrilling grimdark sequel to the fantasy debut Godblind.

In the besieged city of Rilporin, Commander Durdil Koridam is crowned a reluctant king, and orders that the city's people must fight to the last rather than surrender to the surrounding armies of the Mireces and their evil Red Gods.

Outside Rilporin, the uneasy truce between King Corvus's Mireces and the traitorous Prince Rivil's forces holds, but the two armies are growing desperate to force a breach of the walls before the city's reinforcements arrive.

Meanwhile, prophet Dom Templeson reaches Rilporin: the Red Gods have tortured and broken his mind, and he ends up in Corvus's hands, forced to tell all his secrets. And what he knows could win the war for the Mireces.

Elsewhere, in Yew Cove, only a few survivors remain from a Rank of thousands of Rilporian warriors. Dom foresees the important role one of those survivors, Crys Tailorson, will take on as the events to come unfold. As Crys grows into his position as a leader, that role becomes clearer -- and far darker. Will he be willing to pay the price to fulfill his destiny?
Reviews from Goodreads.com