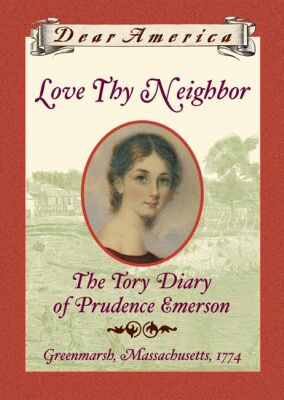 At the brink of the American Revolution, Prudence Emerson finds her friends and neighbors turning against her and her family, who remain loyal to the British King.

The drama of the American Revolution is brought to life through the eyes of a Prudence Emerson, who tells the story from the rarely heard perspective of a Tory. In the winter of 1775, as Pru's neighbors prepare to fight the British for independence, Pru is torn between her family's sworn allegiance to the King, and her loneliness for the friends who abandon her for the Patriot cause. When the first battle at Bunker Hill explodes, Pru must find the courage to weather the turbulent times. Ann Turner captures the the other side of America's fight for freedom with realism and sensitivity.
Reviews from Goodreads.com