An Acquaintance with Darkness — Ann Rinaldi 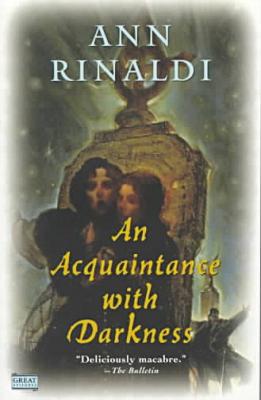 Chaos reigns in Washington, D.C., after President Lincoln’s assassination. But for fourteen-year-old Emily Pigbush, the Union’s turmoil is nothing compared to her own struggle. Sent to live with her uncle Valentine after her mother’s untimely death, Emily realizes that her best friend’s mother was one of John Wilkes Booth’s accomplices. And even worse, she suspects that her uncle is breaking the law.
Reviews from Goodreads.com