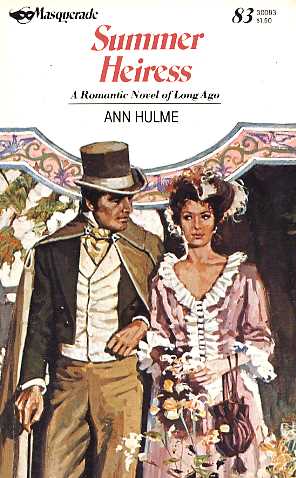 She was a most determined young lady!

After her parents' death, Aurelia was saddled with enormous debts. When her lawyer stated she had no choice but to sell the family plantation, she resolved to find another way.

So she took herself off to England, where her wit and pretty face enabled her to mingle in Polite Society. She hoped that somewhere in that tangle of viscounts, barons and earls she might find someone trustworthy and willing to become her business partner.

But she hadn't reckoned on being called an adventuress...or worse!
Reviews from Goodreads.com