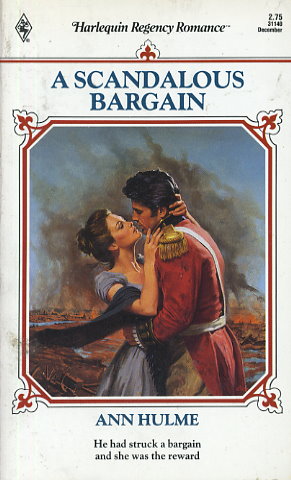 She agreed to marriage and nothing more

Emily Weston led a simple, pleasant life in the English countryside of Essex. As a ward of a peer, she wanted for nothing, except the return from the Peninsular War of her guardian's son, whom she considered her best friend and brother.

She was overjoyed when he did return unharmed, but was less impressed by the guest he had brought with him. Captain Adam Harcourt was a hard man despite his impeccable manners and exquisite dark visage, and although he seemed determined to fix an interest in her, Emily could not like him.

When the purpose of his visit was revealed, Emily was thunderstruck. Much against her personal wishes, she agreed to become his wife, never dreaming that in so doing she would discover the true meaning of love.
Reviews from Goodreads.com