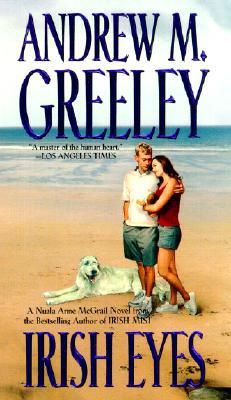 Nuala Anne McGrail, that beautiful Irish spitfire, now lives in Chicago with her husband, Dermot, and their new baby, Nelliecoyne. As Nuala fans may suspect, Nelliecoyne is no ordinary baby: she is fey like her mother, and can see into the past as well as the future. Both Nuala and her daughter have had strange vibrations from a place on the lake where a shipload of Irish-Americans lost their lives a hundred years ago. In the course of their investigation, Nuala and Dermot make some dangerous enemies, and eventually have to solve a murder and find a buried treasure. Will Nuala survive the attacks of a sleazy DJ, and a dangerous run-in with the Balkan Mafia? And how does the diary of a young Irishwoman at the turn of the century play into these events? Once again, Andrew M. Greeley--that master of the human heart--creates an engaging, charming story that will delight fans young and old.
Reviews from Goodreads.com