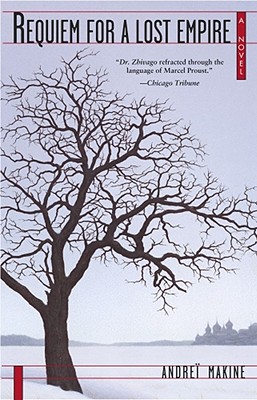 A nameless, orphaned Russian army doctor is the narrator of Requiem for a Lost Empire, an epic novel that traces three generations of a Russian family through the turbulent political struggles of the twentieth century.
Spanning eight decades --from the October Revolution of 1917 to the Cold War to the fall of Communism --the book follows the narrator's grand-father, Nikolai, a Red Army deserter who seeks peace and isolation in a remote forest village. Years later, his son Pavel will fight in World War II, become a KGB spy, and, like Nikolai, return to his native Caucasus in a vain attempt to escape the increasing tyrannies of the postwar Soviet era. It is here, amidst the raging warfare, espionage, and crushing poverty, where our narrator is born. Sweeping in its scope and heartbreaking in its truths, Requiem for a Lost Empire is both a harrowing history of the Soviet Union and a loving tribute to the fortitude of its people.
Reviews from Goodreads.com